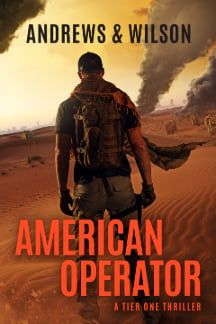 “As a veteran, thriller-writer, and fan of the genre, the Tier One series is as good as it gets. If you liked Tom Clancy’s John Clark, and if you like Brad Thor’s Scot Harvath, you’ll devour the Tier One series.” -Best-selling author of the War Planners, Navy veteran Andrew Watts

A shocking attack in Ankara leaves the US Ambassador to Turkey dead and his chief of staff, Amanda Allen, in the hands of brutal terrorists. But Allen is no ordinary diplomat. She’s undercover CIA. The DNI and the President turn to Ember, America’s premier black-ops task force, and its deadliest weapon, former Tier One Navy SEAL John Dempsey, for help. To find Allen, Ember gets embedded in the most dangerous battlefield on Earth: Syria. But when all communications are disabled by an attack in Turkey, Dempsey finds himself with no backup—a lone shadow warrior racing against time to rescue Allen from her captors before she reaches her breaking point.

What Dempsey doesn’t realize is that Allen is just a pawn in a much larger game. A new player has already been unleashed: a legendary mercenary who matches the American Operator in skill, tactical prowess, and a killer instinct for survival. Now there is far more at stake than a kidnapped CIA agent. Dempsey and his team better get this one right, because the balance of power for the entire Middle East rests on their shoulders. And the new threat is far more dangerous than any Dempsey has encountered in his decades waging war against terrorism. Game on.

⭐⭐⭐⭐⭐ “Andrews & Wilson are masters of crafting tightly plotted, authentic action thrillers. The Tier One series packs a punch like few other thriller series can.”

⭐⭐⭐⭐⭐“A great book full of non stop action and one of the the most exciting books of the year.”

⭐⭐⭐⭐⭐ “Fast-paced and packed with action, American Operator is Andrews & Wilson and their very best . . . and John Dempsey is the kind of hero America needs, at a time when we need him most. If you’re not already reading this series, start!”

“Wow! I can’t put these books down! This series is some of the best I’ve read in . In this genre this ranks right up there with Vince Flynn, Brad Thor and Ben Coes with me!“

“Pace, excitement, characters…grateful thanks to the author’s, you give it all! Can’t wait for the new developments in the pipe guys!”

“Heroes and more heroes! Book 4 of the Tier One thrillers is even more exciting than the other 3, with a wonderful complexity that is possibly prescient.”

“I’m always left looking forward to the next book. Bravo Zulu to the authors for this amazing cast of characters and the quality of the stories!”

“All 4 books are amazing, thrilling, can’t put them down….”

“Andrews & Wilson at their very best…” 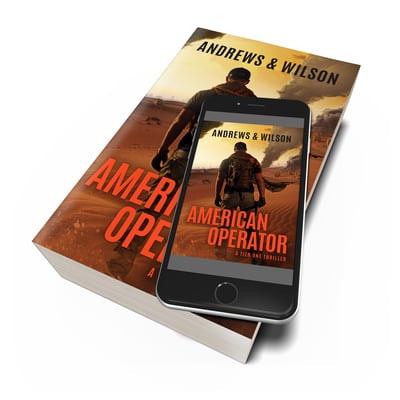