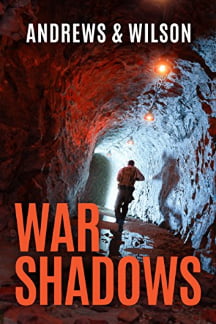 “Andrews and Wilson continue to fire on all cylinders, impressing once again with War Shadows, the latest high-voltage entry in their gritty military thriller franchise.…[What] Andrews and Wilson are doing with this series is unlike anything else currently in print right now.” —The Real Book Spy

John Dempsey, former Navy SEAL and Tier One operator, is back. Only a few months into his new life as an operative for Ember, the United States’ most covert counterterrorism entity, he must stop an old nemesis who’s resurfaced after ten years of operating in the shadows. From the deserts of Iraq, through the jungles of Guatemala, to the streets of suburbia, Dempsey and his Ember team race against time to stop a series of horrific and devious attacks against the homeland.

In this second installment of the Tier One series, John Dempsey faces his greatest challenge as he continues to evolve from a decorated Navy SEAL into the country’s most lethal protector.

⭐⭐⭐⭐⭐ ” …the duo of Andrews and Wilson are writing books that are not to be missed… Give these books a chance if you like thrillers, I promise you will not be disappointed.”

⭐⭐⭐⭐⭐“Great story, great characters, non-stop action. Ready for the next installment. Military/Special Ops war on terror at its finest.”

“You can read the description of the story anywhere, but the parts I look for like: is the story believable? Yes. Told Well? Yes. Heavy action? Yes. Detailed down to the correct ammo uses? Yes again. Worth a read and sure to again and again.“

“Lots of action, deliciously complex, with surprises and twists to the storyline, Book 2 is a very entertaining read!”

“War Shadows is awesome. Better than the first. So much better, it’s right up there with being one of the best books I’ve read. And, I read all the time. The action here doesn’t stop. You feel the passion of this warrior.”

“Well written and engaging, you quickly become immersed in the world of terrorism and the fictionalized efforts of end it. You quickly begin hoping such an organization really exists and they are equally successful in the eradication of the evil that exists in the real world. Book two has lived up to my expectations and I look forward to finishing book three”

“The characters are very well developed, the action is non-stop and there are emotional roller coasters all through the books.”

“… If you were in combat and miss the adrenaline rush of surviving, War Shadows will make you feel alive again and back in the action. The story flows with tautness and plot twists aplenty and is one of the most realistic books on combat that I have ever read.”

“You felt you were there. Highly recommend this book.“

“…non-stop action the whole way through…”

“I thought it would be tough to equal the intensity of the first book, but I was wrong!” 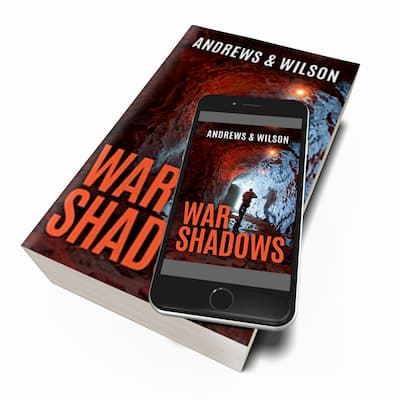