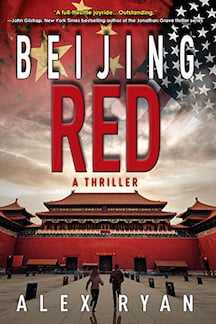 When ex-Navy SEAL Nick Foley travels to China to find purpose and escape the demons of his past, he instead stumbles into a conspiracy his Special Forces training never prepared him for. A mysterious and deadly outbreak ravages a remote area of western China, and Nick finds himself the lead suspect in a bio-terrorism investigation being conducted by China’s elite Snow Leopard counter-terrorism unit.

To clear his name and avoid prosecution, he must team up with beautiful Chinese CDC microbiologist Dr. Dazhong “Dash” Chen to find who is really behind the attack. As their investigation proceeds, their budding friendship is tested by nationalistic loyalties and suspicion.

In a race against time, Nick and Dash must risk everything to stop a mad man before he unleashes the world’s next super-weapon in Beijing.

⭐⭐⭐⭐⭐ “A fast-moving, tense biothriller… A terrific tale for fans of the genre.“

⭐⭐⭐⭐⭐“This heart-pounding adventure…is a major thrill ride that takes chances and is the better for it.“

⭐⭐⭐⭐⭐ “Beijing Red is like a full-throttle joyride without seatbelts. From the first page to the last, it never lets up.“

“Taut, fast-moving…Bursting with the urgency of a ’Breaking News’ news flash. If this book feels like it takes you right inside the Op room, it’s because it was written by guys in the Op room!“

“Alex Ryan’s fascinating and unique story provides a realistic view of life as a former Navy SEAL living and operating in unknown and dangerous territory, dealing with the intricacies of the Chinese government. I highly recommend this book to anyone in military or anybody looking for a fantastic read.”

“Great read, a former SEAL Team member tells the story as only someone who has ’been there and done that’ can tell it.”

“A bioterrorism thriller that rings with authenticity from page one. The authors’ real-world experience and expertise shine through in each scene. Beijing Red offers up a fictional threat that’s all too believable.”

“Trust me, if you like geopolitical thrillers, this is an excellent read, and I will be counting the days until the second Nick Foley thriller.”

“Fast paced and total page turner! Perfect book for those who love thrillers, bio-terrorism, and espionage. Easy read but full of interesting tidbits and facts thrown in during the action. I finished it in 48 hours as I couldn’t wait to finish and find out what happened. The China angle is refreshing and new compared compared to most of the books in this genre that I read.”

“A masterful mix of Tom Clancy and the great Vince Flynn with just enough Brad Thor sprinkled in for good measure. This is high stakes, high action at its level best and an absolute must for all thriller fans.” 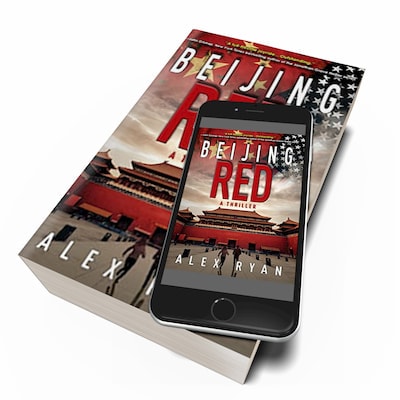