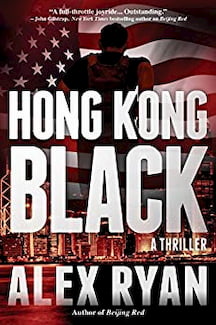 “An intense and exciting follow-up to Beijing Red…The mix of history, adventure, romance, and science suggests Clive Cussler at the top of his game.”

A former Navy SEAL unearths a centuries-old conspiracy while investigating bio-terrorism threats in China, in this action-packed special-ops thriller for fans of Clive Cussler.

Former Navy SEAL Nick Foley reluctantly agrees to help investigate when American CIA operative Peter Yu goes missing in China. But when Yu’s mutilated body washes up on a beach near Hong Kong, along with dozens of other victims, the case takes a macabre turn. Suddenly, Nick finds himself embroiled in another bio-terrorism investigation being conducted by China’s elite Snow Leopard counter-terrorism unit and the Chinese CDC—this time involving illegally-harvested organs for an unknown and nefarious end.

But Nick’s investigation does not go unnoticed, and soon he finds a target on his back. After thwarting an attempt on his life, he is forced to go off the grid and enlist the help of beautiful CDC microbiologist Dr. Dazhong “Dash” Chen to help unmask his would-be killer. On the run and looking for answers, their budding romance is tested at every turn.

With each step closer they take to unmasking the truth, Nick and Dash find themselves drawn deeper into a global conspiracy that began over two thousand years ago with the First Emperor of China and now threatens to upset the world order as they know it in Hong Kong Black, the heart-pounding sequel to Alex Ryan’s Beijing Red.

⭐⭐⭐⭐⭐ “Terrific… Another fast-paced, intricate read that never pauses for a single breath.“

⭐⭐⭐⭐⭐ “[A] winning cast and colorful setting… a slam-bang adventure plot worthy of Ian Fleming… Readers will be left craving more.“

⭐⭐⭐⭐⭐ “A captivating read. There are twists and turns at every page… and it was hard for me to put the book down.“

“Never stops moving with some real twists along the way. Highly recommended.”

“With underlying themes reminiscent of The Hurt Locker and David Handler’s Berger & Mitry series, this second entry in the Nick Foley series works on every level. It’s a compulsively readable tale of international intrigue.”

“A fast paced spy thriller with a few twists and turns that keep you reading well into the night.”

“Brian Andrews and Jeffrey Wilson (using the pseudonym “Alex Ryan”) are the book’s co-authors. Their extensive military experience well qualifies them to inject the strong details that wind up the action scenes to near-explosive limits… A first-rate thriller.” 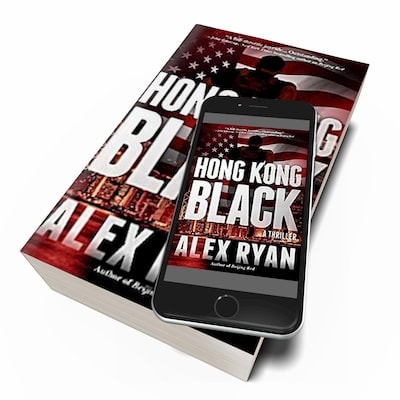