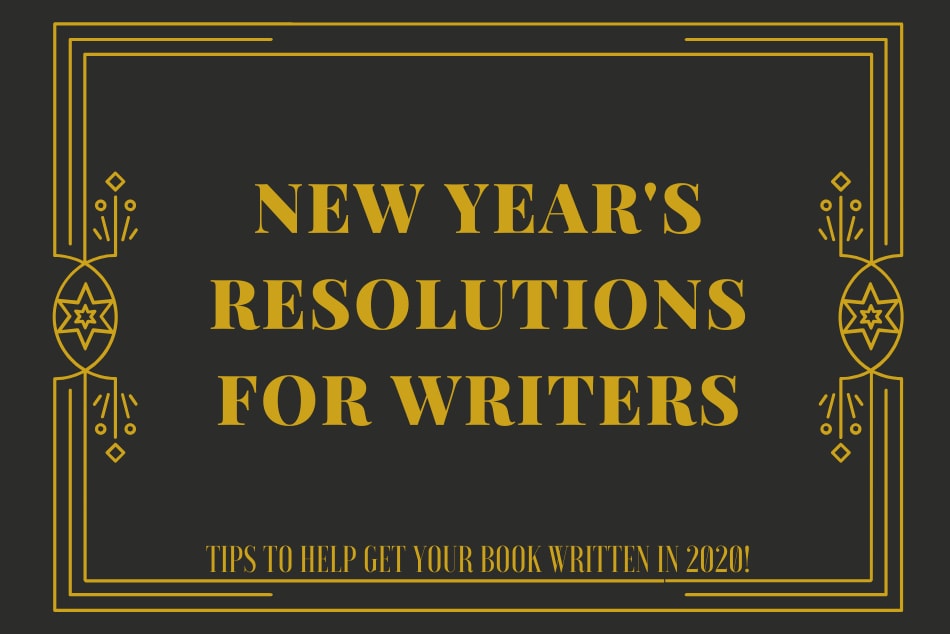 If you’re like most people, come January 2nd you’re ready to say goodbye to gluttony & laziness and start getting healthy & productive. And if you’re anything like me, after making a good run at it, by March you will have drifted back into your own personal brand of mediocrity.

But this year is going to be different! Your Writer’s New Year’s Resolution is going to stick!

Why…you ask? Because I’ve spent the past year burning Audible credits to expand my horizons and find pearls of self-improvement wisdom to help make 2020 your most productive writing year ever.

Prevailing wisdom would have us believe that to be successful we must set goals. Some say the more specific and actionable the better. Others say to achieve real success your goals have to be big and audacious. But when we become wholly focused on achieving our goals, it is easy to forget that our goals are just mile-markers on the road ahead…they are not the engine that propels us down that road.

“Goals are the results you want to achieve. Systems are about the processes that lead to those results.” —James Clear

In other words, while goal-articulation and goal-setting are important activities, goals are impossible to actualize without developing an effective process to achieve them and then habituating that process.

For example, let’s imagine an aspiring author named Bob. Bob has an idea for a novel. He’s brainstormed the plot, and he’s excited to tell the story. He sets a goal to finish his book by the end of the year. When he’s feeling motivated he cranks out a few pages. When he’s busy or not in the groove he sets his manuscript aside. As the weeks and months tick by, anxiety sets in. He’s running out of time. The goal, once motivating, is now daunting. He begins to avoid writing because it creates stress. He doesn’t feel like a writer. It was an unrealistic goal anyway, he tells himself…and another year passes without Bob finishing his book.

Now, imagine instead that Bob’s goal had been to develop productive writing habits rather than to finish his book by the end of the year. He did a little research about effective habits and he gave himself the following instructions:

These types of statements are important because they (1) are written as implementable intentions, (2) create a routine, and (3) establish situational cues that reinforce the desire to repeatedly engage in the target behavior (writing).

First, Bob sets the expectation that he will write frequently and regularly. He defines a time (when) and place (where) he will write. When 8:30 rolls around, that’s a cue for him to write. When he sees his chair at the kitchen table, he associates it with writing. By committing to writing five more words than he did the day before, he gradually improves his productivity. (Five words are nothing for one day, versus the day before, but at the end of two months it’s 300 words more per day!) And lastly, by engaging in positive self-talk at the end of each session, Bob will gradually begin to self-identify as a writer. Writers are people who write, and that’s exactly what he’s habituated himself to do.

If the Bob example resonated with you, then consider reframing your own writing goals from focusing on milestones to focusing on productive writing habits instead.

(2) An Antidote for Procrastination

When I first started writing novels, I was so paranoid about being influenced by someone else’s ideas that I stopped reading thrillers. In fact, I stopped reading pretty much altogether and just focused all my time on writing. BIG MISTAKE. Here’s the deal. Exploring new ideas and concepts and incorporating them into your work isn’t plagiarism. Only plagiarism is plagiarism. Oh, and by the way, there’s nothing you can think of that one of the other seven billion people on this planet hasn’t already thought of or will think of.  So stop worrying about using other people’s ideas. Do you think Faulker didn’t study Shakespeare? Would it disappoint you to know that Tom Clancy read Winds of War? Of course not. We don’t learn in a vacuum, and we shouldn’t create in a vacuum either. So read, read, read!

Read fiction by the trendsetters. Read non-fiction by today’s thought leaders. Read in your genre. Read outside your genre. When you cross-pollinate your mental garden and the variety & beauty of the ideas your able to cultivate will increase dramatically. Discover interesting voices. Find beautiful prose. Seek out authors who challenge your preconceptions and comfortable paradigms and then use this new knowledge and perspective to improve and stress-test your own writing. Here are a few out of the “comfort zone” examples that might help expand a genre writer’s horizons:

These are just a few mix-and-match examples from a handful o phenomenal books I’ve read. Each of these works impacted the way I perceive the world and understand the craft of writing. In 2020, make your own list and give it a try!

Whether you’ve written twenty books or you’re working on your first, there’s one thing that never changes—DOUBT. Every novel or story is an opportunity for greatness, but it is also an opportunity for failure. We second-guess, critique and question our work at every stage of the process: Is the plot fresh and exciting? Are the characters compelling? Is the story creative and interesting enough to please both fans and critics alike?

Life is one big tug of war between mediocrity and trying to find your best self. —David Goggins

As writers, we spend most of our professional time in our own headspace. Fear of failure, insecurity, and an aversion to criticism are completely normal… and absolutely toxic. The typical human response to fear-inducing stressors is to get defensive, play it safe, and repeat what worked in the past. But in our business, those strategies are tragic! Self-doubt stifles creativity. Playing it safe makes our story-telling boring.

“We throw a blanket of ho-hummery over our lives when we live in fear of what others might think.” —Jen Sincero

Happy New Year my fellow writers! May 2020 be your most productive, exciting, and rewarding writing year yet!

You Are a Badass by Jen Sincero

Can’t Hurt Me by David Goggins