THE MANTLE OF CHARACTER 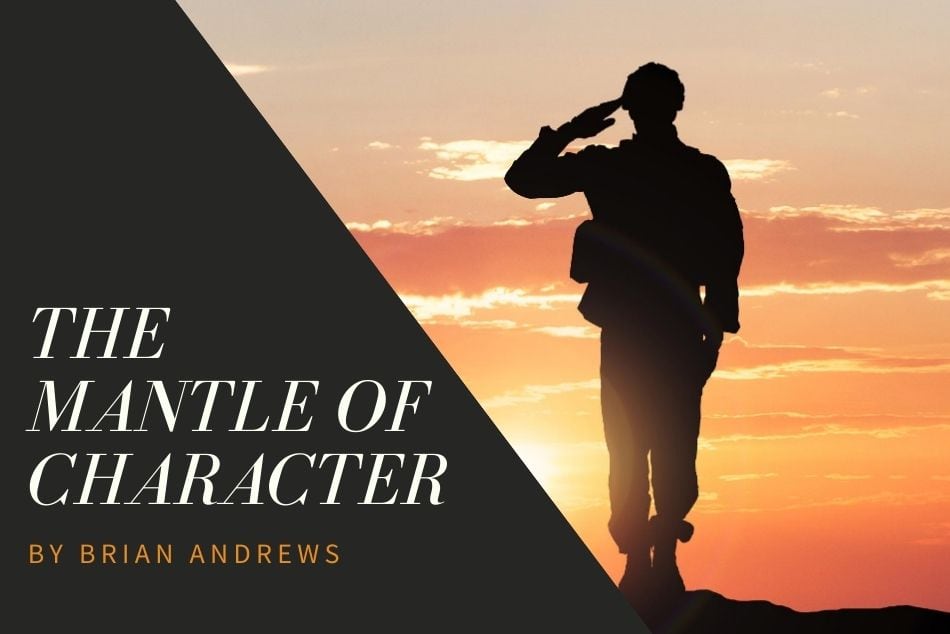 The Mantle of Character

When I served as a US Naval Officer, my professional competence, my capabilities, and most importantly my integrity was on display twenty-four hours a day, three hundred and sixty-five days a year. Every decision I made, every order I gave, and every interaction with a superior or subordinate was observed by my fellow crewmembers up and down the chain of command. To wear the uniform meant, at a minimum, I was obligated to strive to embody the ideals that the uniform stands for: in the case of the Navy and Marine Corps that’s the core values of Honor, Commitment, and Courage. Now maybe you’re thinking to yourself, what does any of this have to do with storytelling?

The answer is simple… everything.

As a Naval Officer, I bore the mantle of leadership. As a thriller author, I feel a responsibility to bear the mantle of character. What I mean by this is that I’ve come to realize that to craft characters who truly matter—characters that inspire readers—it is imperative that the characters stand for something. As authors, we have an obligation to think about the principles and values our heroes stand for. Why? Because people read novels not only to be entertained but also to be inspired. Hope and purpose. Courage and honor. Especially in these dark and divided times, people are looking for role models. When heroes are hard to find in everyday life, people (myself included) turn to fiction. How our heroes act and conduct themselves, even in a fictional world, actually matters.

As a thriller author, I feel a responsibility to bear the mantle of character.

It is said that art imitates life, but I think one can make a case that the converse is true, that life imitates art. And if that’s accurate, then as authors we have a responsibility to, at a minimum, be intentional and purposeful about the example our characters set. Hugely popular, iconic heroes (e.g., Harry Potter, Katniss Everdeen, etcetera) emit a zeitgeist that bleeds over into the real world. Think about that for a moment. If your novel is read by a hundred thousand people, that’s a hundred thousand minds who gave you their undivided attention while reading your story. What message did you communicate? Do your characters reflect the worst reality has to offer, or do they strive to behave better than their flesh and blood contemporaries?

Craft characters that matter. Pen protagonists that lead by example. If you do, I promise the readers will notice.

Please don’t get me wrong, I’m not suggesting that we write novels with a cast comprised only of white knights and hapless do-gooders. Nor am I suggesting sugar-coating reality or pretending the world is made of rainbows and unicorns. Villains must be vile, enemies must exploit, and even protagonists must stumble and make mistakes. So, by all means, let the murder and mayhem reign in your tale. My advice is simply this. The next time you sit down at your keyboard, shrug on the mantle of character. Ask yourself: What are my protagonist’s core values and why? If you’ve never thought about this or you can’t answer the question, then spend the time to come up with a shortlist and refer to it often as you write. Craft characters that matter. Pen protagonists that lead by example. If you do, I promise the readers will notice. And if your heroes inspire, those same readers will come back for more again and again.