“What If…?” The Question That Launched a Thousand Writing Careers 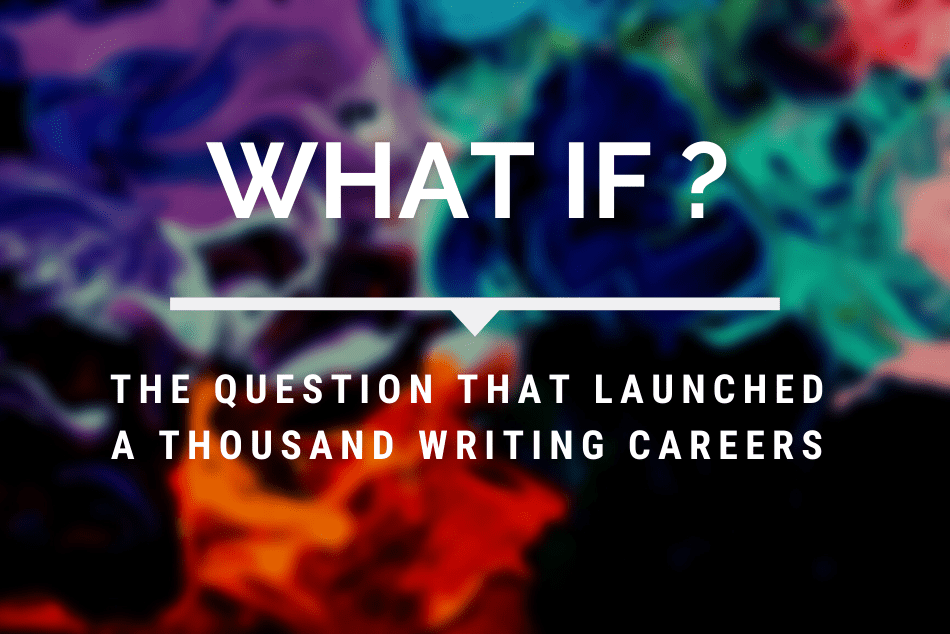 “What If…?” The Question That Launched a Thousand Writing Careers

When I was in grade school, they gave awards at year’s end to students for academic, athletic, and other accomplishments. While I don’t recall winning any awards myself, I distinctly remember one of my classmates walking the stage three years in a row to accept the “attendance” award—the only accolade no kid ever wanted to win and given to the student with a constitution of steel who missed the fewest days of school. At the time, I remember thinking to myself, “Boy, I wonder what it would be like if I never got sick? How cool would that be.”

Flash forward two decades to 2003 and the Human Genome Project announced the ground-breaking achievement that the human genome had been successfully sequenced. For reasons I will never fully understand, upon hearing the news my mind resurrected that attendance award question, only this time with a thriller writer’s sensibility: “What if there was a person who never got sick? What if they didn’t get sick because they had a mutation in their immune system that prevented them from ever catching a virus, or getting an infection, or developing cancer…how much would that person’s genome be worth to a pharmaceutical corporation?”

If this sounds to you like a book in the making, then you’re instincts are right because this simple “What if” question was the driving force behind my debut novel THE CALYPSO DIRECTIVE, a biomedical thriller that explores what happens when an unethical corporation decides to steal the most special and unique gift that each and every one of us possesses—our genome.

In the years since, I’ve written and co-authored a dozen novels and each and every book was born from a “What if…” question. Here are a few more examples:

“What if terrorists set a trap to wipe out the Navy SEALs most elite unit? — novel: TIER ONE

“What if the Chinese developed a synthetic bioweapon that the immune system could not recognize and could target any cell in the human body?” — novel: BEIJING RED

“What if it’s too late to undo the damage caused by climate change? How might people living in a uninhabitable future Earth try to reset the past so that they might survive?” — novel: RESET

As you can see, “what if…” has the power to instantly jump-start people’s imagination, and when I say people, I mean literary agents, editors, film producers, and readers! So, if you’re not using “what if…” when you brainstorm, plot, and pitch your work, then you need to start. Here are some tips how:

The technique is simple—start with a question and begin that question with “What if…” But the question shouldn’t just be any old question, and this is important so listen up. Your “what if…” question must be something that you are interested in discovering the answer to. If you don’t really care to know the answer, then you should expect that other people won’t care either. A good “what if…” question should instantly pique your interest. If it doesn’t, then either try again or reformulate it until it does.

What if… for ideation.

Not sure what your next book should be about? Fear not, there are limitless possibilities—you just need a better tool to jumpstart your imagination. If you’re having trouble coming up with your own “what if…” question, then try reverse-engineering the “what if…” questions for blockbuster movies and best-selling books.

See if you can match the following. With a little practice, you might even find it fun!

If after several attempts you’re still struggling to come up with something unique on your own, try brainstorming a half dozen random subjects and then mashing them up into a “What if…” question. Here’s a table to demonstrate:

Do any of these mash-ups sound like a novel in the making? I’m tempted to take a shot writing third one!!!

For me, as a writer, the “what if…” question is not only the spark that gets me started, it is also the driving force behind the novel itself. And this is because you can’t answer a compelling “what if…” question without first asking equally compelling follow-up questions. Let’s take Jurassic Park for example:

“What if a billionaire paid scientists to clone dinosaurs and then made an island theme park?”

FOLLOW-UP “WHAT IF…” QUESTIONS:

For anyone who has read the novel JURASSIC PARK, these secondary “what if…” questions should be very familiar—that’s because they add complication, suspense, and flesh out the primary “what if” question the author posed in the beginning. The desire for readers to discover the answers to these questions drives the narrative forward and makes the story more satisfying.

What if…as a pitching tool.

Last but not least, think of the “what if…” question as your best friend when pitching your novel, script, or short story.

Whether you’re pitching an agent, editor, or film producer, the “what if…” question is an essential component of your elevator pitch.

The reason why is twofold:

(1) A pitch that starts with a question is more effective at engaging the listener. Why? Because the listener’s brain cannot resist wanting to know the answer. This is human nature. So start your pitch with a question and you’re virtually guaranteed the agent, editor or producer will give you the runway to answer it.

It’s hard to believe I spent twelve hundred words talking about only two, but those two words deserve it because they are arguably the two most important words every storyteller should embrace. So go forth and “what if…” to your heart’s content, meanwhile I’ll be here, contemplating “What if I’d never written this post?”